How to Use the Story Path App to Cure Writer's Block

Story Path is the perfect tool to help get you through your writer's block, and here we'll show you how that'll work.

First you should watch this brief video that shows you how Story Path works so that you're familiar with its features.

Next, you're going to want to create a brand new Story Path dedicated just to this issue. You should give it a descriptive name like, "Detective Story - Writer's Block".

Normally, if creating a new story from scratch in Story Path, your header details (characters, genre, context) want to be more broad and cover many (or all) of the aspects of your world. But when you're trying to get through a tough part in your story, you can afford to be a bit more specific.

Let's say, for example, your main character is a homicide detective in LA. And, in the story so far, he's been assigned a case that everyone thinks is routine, but your MC isn't quite sure. And where you've become stuck is after he's had an argument with the Chief then stormed out of the precinct. What happens from here?

First, you'll want to set up your header details similar to the image above. To focus Story Path on solving this specific problem, only add the characters you're expecting to have appear in this part of the story. For instance, you might not even mention the villain or other main characters; just the people your MC might bump into. (If you don't know that detail yet, it's fine to add more characters.)

Similarly, keep the current context focussed on what's happening during this part of the story. So, again, you probably won't need to mention the villain (unless you think the detective might bump into them), and you can ignore any subplots.

On the other hand, you might want to let a few of these factors bleed through. e.g., maybe your MC has been arguing with his wife about retiring. Adding in that subplot might result in him leaving the precinct to call her and vent, or maybe he goes home early and catches her cheating!

Setting Up the Story Path

If you were starting a brand new story, you'd only add in the one initial sequence, but for this exercise you'll want to add more.

Starting from the first sequence, you'll want to add more empty sequences and fill in one- or two-sentence snippets of the story so far to help prime Story Path and get it familiar with what's been happening.

This is the part where our writer has become blocked

Note that these want to be fairly high level details. Also, unless it's a sub-plot that you're stuck in, it might be best to leave out those details too. From there, you use Story Path as normal to generate new sequences and possible next steps.

Exploring your Path and Curing Your Writer's Block

From here, follow any paths you like until inspiration hits! Don't forget that you can always tweak and edit the text of a generated sequence to make it suit you perfectly, and you can always add new empty sequences. 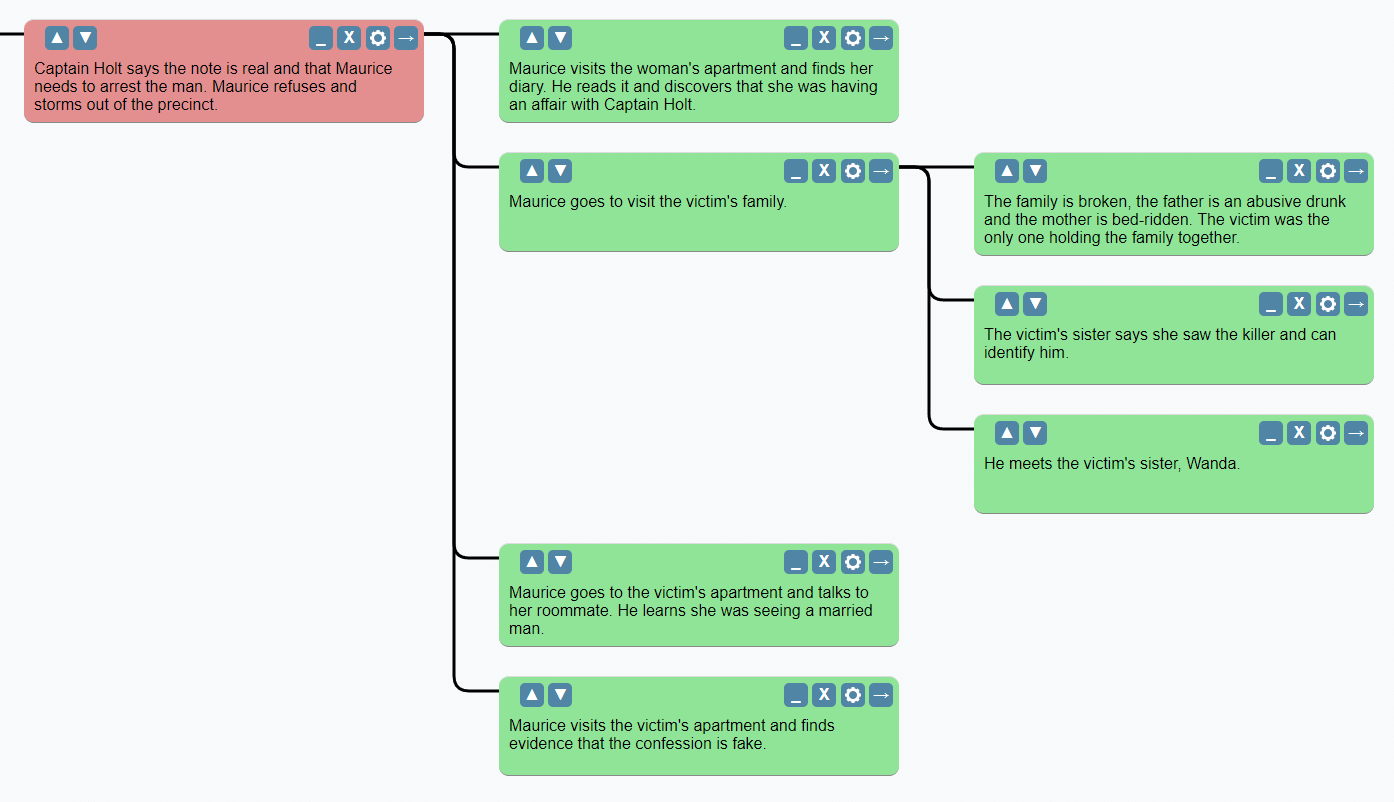 When using Story Path to cure your writer's block, you probably aren't going to generate a story all the way to its conclusion. Instead, you might only generate a path two or three sequences deep until you hit on an idea you love and can run with. From there, you should either export your new Story Path, or just copy and paste the sequence text into your editor!

Then you can get back to writing!